Finally, the top-end mirrorless camera from Canon at the moment came to me for an initial review, which I will supplement over time.

The camera body is identical to the R6, except that it feels a little less plastic. It's hard for me to say what the outer covers are made of, but they don't feel metal. The frame itself inside is made of magnesium alloy. Weight slightly heavier than Canon R (and slightly thicker).

On the side of the screen, you will find wheels and buttons familiar to Canon DSLRs. I know this moment is extremely important for people thinking about switching from a DSLR to this camera. Although objectively management Canon r very good. Difference between models R6 and R5 in that these cameras can be operated with gloves and with one hand (using the joystick). Canon R is focused on touch control and requires two-handed operation.

By the way, I finally found perfect handle for R5.

Technical specifications R5 is already everywhere, I will not repeat them. Most importantly, it shoots photos at 45MP. I was interested in comparing this camera to my Canon R.

I exported files to JPG from both cameras and tried to play around with their sizes. I increased the photo with Canon R to 45MP, and reduced it to 5MP with the R30. It was interesting to bring them to the same denominator. When exporting, I sharpened it. Here's what happened:

For these photos, I put on a lens on both cameras Canon EF 85mm f1.8 USM... In the comments to my review, people immediately began to write that this lens is not cool enough for such a camera and does not resolve 45MP. To this I have an answer. I advise you to look list of recommended optics for 50MP Canon 5DsR. You will find this lens there. Another thing is that the company needs to sell new RF optics, so this list has already disappeared from the official site, but it can still be found on the Internet. 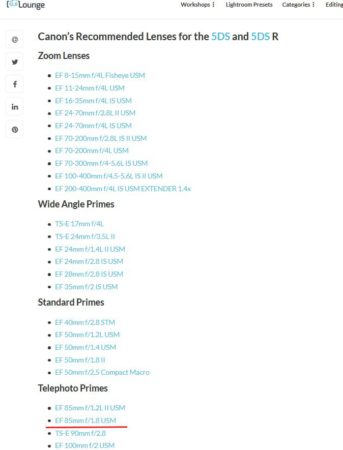 You don't have to spend money on the most expensive and modern optics to get a quality result. My position goes against what you can find in other reviews now, but nevertheless, this is the advantage of the Canon system - you have a huge selection of high-quality and inexpensive lenses.

When it comes to video shooting, the R5 finally delivers full-frame 4K without cropping. And even 4K 60fps from a full frame without any cropping. At the same time, you have 2 options for how to record this 4K video - in normal quality (comparable to Canon R) or with oversamplingohm and ultra-high detail.

The first option is preferable in terms of reliability and duration of operation - the camera will not overheat and add restrictions on the recording time. High-definition video consumes a lot of battery power, heats up the case and has a recording time limit, after which the R5 will need time to stand and cool down. There is also an option to write with maximum sharpness. in 4K without overheatingbut in crop mode.

I almost forgot, the R5 can write 8K video and even in RAW format. Yes, the detail and capabilities are very high.

What I liked about the video settings is that the camera is capable of recording 4K 60fps both in full frame mode and in crop mode with crop optics. This is a big difference from the Canon R, where crop optics essentially cancel out slow motion. Auto-exposure in the log-profile was also a nice bonus. Canon R shoots only with manual exposure in the log.

Matrix stabilizer works very effectively on video even with focal lengths of 40mm and 85mm. But at the same time it consumes the battery very noticeably and heats up the camera.

So, what should you buy?

Should I get the Canon R5 or should I look at the R6 or R? This question worries many. Canon has already released 3 full-frame mirrorless cameras and people have a lot to choose from. My opinion is either R5 or R. Personally, I didn't really like the Canon EOS R6.

Canon R6 came out quite a compromise, but it costs a lot. If you are already spending money on a new top-end camera, then buy a thing where video modes are not cropped and did not skimp on photo resolution - Canon R5.

If you are counting your money and want a comfortable mirrorless, which shoots high-quality videos and photos at an affordable price, then this is Canon r... It is still relevant and suitable for everything.

Stream after the review with my impressions and indignation.

From time to time they ask me - why didn't kenon add 30 megapixels to the P6? And when will Kenon release the middle model between the P6 and P5? and when the Canon R mark II comes out?

All these questions are united by immediacy and lack of understanding of the basics of marketing. The answer to all questions is no, no, no. Why would a company cut their products by releasing a better camera? The existing line has been specially designed so that you have the pain of choice, so that each camera is in its own segment. No one will give you a full-frame 4K 60, many megapixels in the photo and the absence of software restrictions, and also for a reasonable price (enter the number yourself). The company's task is to make money on you, not to make a camera that will definitely put an end to other models of the same company.

For those who want a top-end hybrid camera with a focus on video, Canon R5c already out.

Consulting on the choice of equipment
Posting articles